Artist Profiles ~ A Year with Frog and Toad 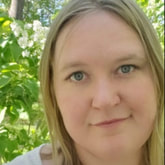 Ainsley Anderson (Costume Designer) is thrilled to join Walking on Water Productions in the role of Costume Designer this summer. Ainsley currently holds the position of Costume Technology Instructor at Ithaca College, where she also is an alumna. Prior to joining Walking on Water Productions, she worked in commercial theatre and television in New York City as a Draper and Milliner on such productions as Disney's Frozen, The Cher Show, The Prom, Spongebob Squarepants the Musical​, and The Color Purple. ​ 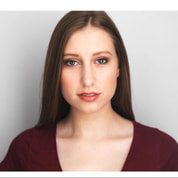 Rebecca Blacksten (Ensemble / Dance Captain) is a sophomore BFA Acting Major at Ithaca College, and is thrilled to be a part of her first production with WoW. She has been in the Advanced Playwriting Ensemble (directed by Saviana Stanescu) and She Kills Monsters (directed by Cynthia Henderson) at Ithaca this past year.  She was in A Piece of Art (Squiggle), an ICTV project that is premiering in the fall and will begin filming Fathoms Below (Kai) this fall. She also has been in The Musical Comedy Murders of 1940 and The Liar at Stagedoor Manor, directed by Lawrence Lesher. She is a part of the modeling club Human By Design at Ithaca and has modeled for Lars Rosen in his Endo/Exo collection and his Slicked and Suspended show. Rebecca wants to thank her incredible support system at home of her family and friends, but her biggest thanks go to her dog Scout. ​ 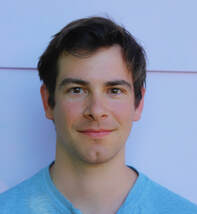 Seamus Buxton (Toad) is excited to be joining his first Walking on Water Productions show! He grew up reading the Frog and Toad stories and cannot wait to share this story with audiences. Seamus has performed locally with Opera Ithaca in shows such as Cendrillon, La Cenorentola, A Little Night Music, and Pagliacci. While studying Vocal Performance at Ithaca College, he performed in their mainstage productions of Titanic: the musical and Cendrillon. 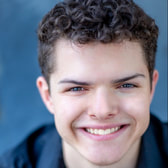 Jack Cecere (Frog) is a rising sophomore at Rider University studying Musical Theatre. He has worked previously with Walking on Water Productions as Matt in The Fantasticks, and in their Virtual Cabaret. He was also seen performing with Cortland Repertory Theatre in their productions of Newsies, Legally Blonde, and Mamma Mia, in addition to being a part of the Hangar Theatre’s Christmas Carol. Enjoy the show! 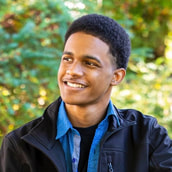 Sirus Desnoes (Assistant to the Director) has performed in Walking on Waters’ Katrina as well as their Virtual Cabaret. He also has had experience performing with other local production companies like Running To Places and the Hangar Theatre with shows like The Wiz and A Christmas Carol. He also just graduated from Lansing High School and is setting off to go to college at the University of Pittsburgh at Bradford to continue acting as well as singing, playing his trumpet, track & field, and studying astrophysics. He’s sad to leave the Ithaca community that has nurtured him for so long and turned him into the person that he is today. Despite not wanting to let go, he still hopes to soar to higher heights and achieve bigger dreams--he will never forget the roots where he started from with all of these amazing local theatre groups giving him the opportunity to learn and grow. 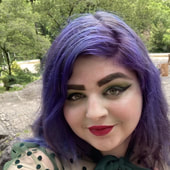 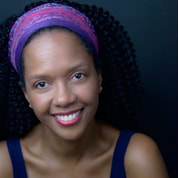 Cynthia Henderson (Director) is a professor of acting in the Department of Theatre Arts at Ithaca College. She has performed and directed professionally throughout the U.S., Europe, China, Mexico, and Cameroon. Directing credits include for colored girls who have considered suicide when the rainbow enuf, (Cameroon, Africa), Proof (workshop in Beijing, China), and Driving to the End of the World (Puerto Penasco, Mexico). Plays she has directed at Ithaca College include The Colored Museum, Burn This, Plumfield, Iraq, My Children! My Africa!, Fires in the Mirror, for colored girls who have considered suicide when the rainbow is enuf, In the Red and Brown Water, The Kid Thing, and Everybody. Cynthia is the founder and director of Performing Arts for Social Change (PASC) pa4sc.com; a program that uses theatre as a venue to give voice to societal issues, in the U.S. as well as internationally. She is the author of The Actor’s Landscape (available on Amazon), a member of the National Alliance of Acting Teachers, and Actors’ Equity Association. Cynthia is also a Fulbright Scholar and the recipient of two Fulbright Specialist awards. 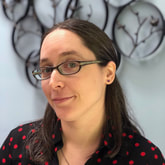 Rose Howard (Scenic Designer) has a BFA in Theatrical Design from Ithaca College ’04. She has worked professionally in New York City. Highlights from her work experience there include working for Propstar on the Broadway shows South Pacific, Les Liaisons Dangereuses, Sunday in the Park with George, American Buffalo, and Cyrano de Bergerac. She has built and designed the set, lighting and costume design for various off-broadway and black box theatres in New York and Seattle including SecondStory Rep, The Ohio Theatre, The Kitchen Theatre, The Hangar Theatre, and The Zipper. She's also worked at The Vineyard Theatre, PS122, the Signature Theatre, Williamstown Theatre Festival, and the New School for Drama and The Actors Studio. She recently worked for a year as the Operations Manager of The Cherry Arts in downtown Ithaca. Her passions include all forms of artistic expression, masks, puppetry, and hand crafted things. 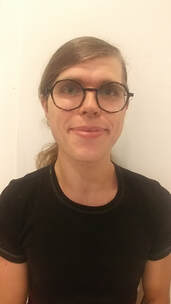 Em Ludek (Rehearsal Accompanist) is happy to return to the world of public performance with A Year with Frog and Toad as his second Walking on Water production! Em previously played drums in Walking on Water’s Katrina: A New Musical, and has since accompanied Wells College Theatre & Dance Department’s production of The 25th Annual Putnam County Spelling Bee and Southern Cayuga Jr/Sr High’s Freaky Friday: The Musical. Em sings with Cayuga Vocal Ensemble and has previously sung in the Rochester area with Madrigalia. Em enjoys playing several instruments to various extents, including guitar, tenor sax, mandolin, drums, and the lovely Fender Rhodes. His non-musical pleasures include gardening, reading, and exploring Linux. Em would like to thank the Ludek family for supporting each other in these profoundly strange times, and his housemate Randall for artful companionship in the spirit of this show. 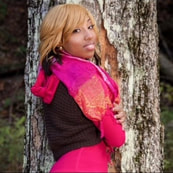 Ms. Harmony Graves Malone (Choreographer) is an Ithaca native and an Ithaca College alum with a B.S. in Therapeutic Recreation with specialties in dance and theatre. She currently works for the City of Ithaca at the Greater Ithaca Activities Center (GIAC), and is known as an elite choreographer throughout Tompkins County. In addition, Ms. Harmony is the founder of Ms. Harmony’s Dance Studio that houses three wonderful youth performing dance programs. She has choreographed pieces for people of all ages throughout Tompkins County since 2007, and has been recognized for her love of community. As she continues to grow and be challenged as an artist/teacher/choreographer/community activist, Ms. Harmony encourages her fellow artists to always remember the power of their voice and its ability to confront and change systemic issues of race, inclusion, and diversity at face-value. Ms Harmony is extremely grateful to have a community that continuously supports her.

Greg McGrath (Sound Engineer) Living in service of the lively arts for 40 years of on-the-job excellence, Greg has known his place and guarded it behind the scenes of live and recorded productions of concerts, plays, conventions, and infrequent tragedies.
Greg’s wardrobe can best be described as a "finder’s keepers" esthetic, while his hairstyle most often reflects his "daring-do" attitude. Always a champion of the underdog, Greg keeps it real and on track behind the scenes and out of the limelight. Recently, he was adopted by a kitten named Lynx, an unexpected twist on his journey, integrating his soul into the web of life. A quote from Greg’s favorite philosopher, R. Buckminster Fuller, sums up his ever evolving perspective: "I seem to be a verb." 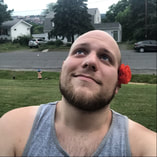 ​Paul Aylett Morgan (Ensemble) is incredibly excited to be a part of their first production with WoW! Virginia born and raised, they're a past Ithaca College music student pursuing ethnomusicology and performance. They were last seen in the Wells College production of The 25th Annual Putnam County Spelling Bee in 2019. 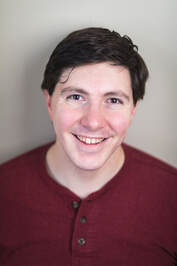 Benjamin Stevens (Music Director) has been a part of WoW since its inception, having been the music director for all five previous shows, as well as performing in their inaugural production of Godspell as Judas and in various pieces in their recent Virtual Cabaret. Benjamin graduated from Ithaca College in 2015 with a degree in vocal performance and most of a minor in theatre; afterward, he studied at the National Music Theatre Institute at the Eugene O’Neill Theater Center and the vocal performance graduate program at Oakland University. 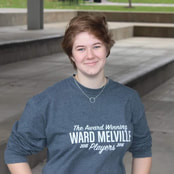 Julia Tsybysheva (Technical Director / Props Manager) is very excited to be working in live theatre for the first time in over a year. This is her first time working with Walking on Water Productions, but hopefully not the last. Julia is an aspiring scenic designer currently enrolled at Binghamton University, working on her BA in technical theatre as well as a BS in mechanical engineering. She is currently the Tech Director of Binghamton University’s Hinman Production Company for the 2021-2022 scholastic year. Her previous show credits include scenic design and props work on Mamma Mia, The Wizard of Oz, and Sweeney Todd at Ward Melville High School. 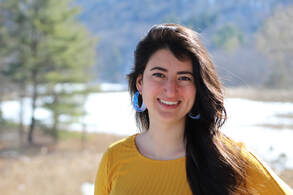 Cady Vitale (Assistant Scenic Designer / Assistant Stage Manager) is a recent graduate of Binghamton University. A Year with Frog and Toad is her first show with Walking on Water Productions. Some of Cady’s recent credits include a virtual production of Everybody, as well as productions of A Man of No Importance, Marian, or the True Tale of Robin Hood,The 25th Annual Putnam County Spelling Bee, She Kills Monsters, and The Wedding Singer. 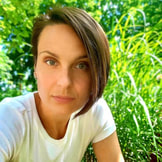 Jaime Warburton (Ensemble, Dramaturg) debuted with WoW as Marie in Katrina and is thrilled to be returning in A Year with Frog and Toad. She has recently appeared in Triphammer Arts’ productions of Oklahoma! and The Magic Flute, and some of her favorite stage roles have been Jennifer in Babes in Arms, Queen Aggravain in Once Upon a Mattress, and Kleonike in Lysistrata. Jaime studied acting as a non-major at Ithaca College and trained as an alto at the Sullivan (then D’Angelo) conservatory at Mercyhurst University; she has sung with groups such as Bella Voce, the Fingerlakes Women’s Chorale, and the Sarah Lawrence Chamber Choir. In her other life, Jaime is a writer, assistant professor of Writing at Ithaca College, and director of the Ithaca Young Writers Institute. When not giving readings or working with writers, she can often be found taking class at the Ballet Center of Ithaca. Jaime would like to thank the rest of the cast, as well as the production and design teams, for creating such a beautiful world!